It is widely recognised that London is the epicentre of marketing and digital globally. The world’s biggest advertising, branding and digital agencies are based there as are many of the world’s leading tech firms, consumer brands and government businesses.

However, over the past 5 years we have seen big brands and government bodies moving out of the big smoke and in to cities like Manchester and Leeds. These locations haven’t been chosen purely because of cost despite office costs being three times as much in central London compared to the regions. Many businesses have mapped out the digital skills base and potential availability of candidates to identify the best places for them to set up. 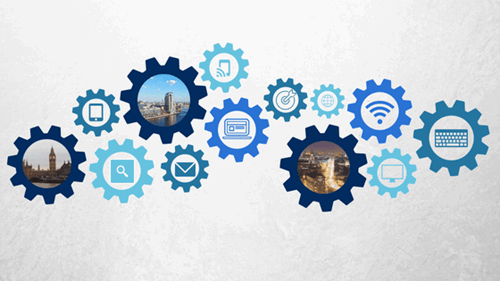 And guess what they are finding? Companies like the BBC, SKY, Google, Channel 4, NHS Digital and HMRC have all made the decision to relocate to the North. In depth analysis of the demographic specifically relating to digital skills shows there is a strong base of talent in digital industries in the North and that the Universities in the North are producing good crops of suitable educated candidates each year fuelling the skills resource in the areas.

Following Salford City Councils announcement in January that they were embarking on a ‘digital transformation’ they recently Salford put a firm marker in the sand by recruiting their first ever Chief Digital Officer.

And Leeds ran the increasingly successful Leeds Digital Festival that brought around 20,000 people to 170 events in and around Leeds. Stuart Clarke, Director of the Festival commented, "We saw more tech events being held in Leeds than in San Francisco during the Festival, which is a real testament to the strength of the North. Leeds and Manchester are leading the way in providing talent for the digital sector and it's easy to see why more and more firms are choosing the North."

Julian Wells who runs Fintech North, a not-for-profit body promoting Fintech across Leeds and Manchester commented, “Over the last two years we’ve observed a clear trend for increased regional focus in digital economy, including FinTech. This is less about taking the focus off London though, and more about the evolution and maturing of the regional economy. All the cities and regions in the U.K. aim to grow, and it’s logical that all will see the digital sector as a priority. This in turn will lead to increased provision of funding, infrastructure and resources that can encourage growth.”

However, London has been promoting the digital economies and Fintech for some time. The London Mayor, Sadiq Khan launched a £7m program earlier this year to find and develop the next generation of talent suggesting that London has dried up.

Many companies who have moved from London have used LinkedIn data to inform them of the skills hotspots globally. With over 530 million business professionals on the networking site it’s probably one of the most complete sources of skills demographic information.